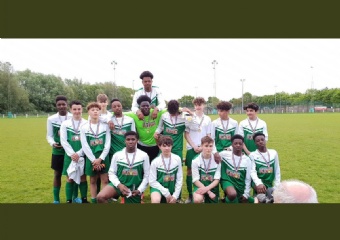 Over the last few months, the students of St Thomas More Catholic Secondary School have been competing in a multitude of sporting competitions and have had a roaring success.

We have had some fantastic success in athletics – Nicole Sutherland was the District 100m Inter Girls Champion, Tom Wood was the District 800m Inter Boys Champion, Leonie Brunning qualified for the English Schools Athletics Championship in High Jump and the Year 7 and 8 Girls Athletics Team came 3rd overall in the Athletics League. This is a fabulous start to the summer of Athletics and we are expecting more success as the season continues.

Harry Brodie, one of our Year 10 students, ran for Bedfordshire in the English Schools Cross Country Championships.

Holly James, one of our Year 10 students was selected for the England Netball training camp at Loughborough University.

We would like to congratulate all of the athletes on their success and wish them all the best of luck in their future tournaments!