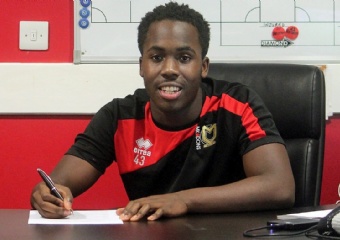 We are pleased to announce that one of our former STM pupils has signed his first professional football contract with the MK Dons. Dylan has always shown such promise and determination to succeed in his football career. Dylan has been playing with the club since the age of 10. He is a natural and gifted football player which resulted in him scoring 23 goals in his first season with the under 18's and under 23's. We are glad his efforts and abilities have opened the door to this wonderful opportunity. We fully support all of our students' talents at STM and we would like to take this opportunity to wish Dylan every success in his bright future.